Showing posts from March, 2018
Show all

The one true church

By gcallah - March 31, 2018
I was at my church today helping out with the Easter decorating. I took a bag of garbage out of the trashcan, and asked one of the more experienced volunteers, “Where should I put this?” She replied, “Just put it out on the steps: Mohammed takes care of the garbage.” This was a startling idea to me. I am now imagining that Buddha does the dishes after church suppers, and Zoroaster takes care of the laundry.
1 comment
Read more

By gcallah - March 27, 2018
Google fired engineer James Dalmore because he suggested that perhaps, on average, women are more people-oriented and less gadget-oriented than men are. This week, top Google executives are meeting with the Saudi crown prince, who imprisons businessmen who criticize his rule and presides over a regime in which women are not allowed to drive cars, to discuss what sort of business deals they can strike with him. If Dalmore had just had a couple of hundred billion dollars to invest, he probably could have imprisoned women who were trying to program and gotten away with it, as far as the Google executives are concerned.
10 comments
Read more

By Nathan Conroy - March 27, 2018
The Google style guide for Java requires every class and class member to be described by a sentence fragment . I think there is some wisdom in this. Methods/classes/attributes in programs are hardly islands to themselves. They at least modify *something* about the computer. And usually more: creation and modification of objects, threads, messages, data. All these will be propagated throughout the whole system. And side-effects can be difficult to predict. In this way code is itself a sentence fragment. Why not be honest and leave your documentation as something incomplete in itself?
Post a Comment
Read more

“Robot” is a nonsense category

By gcallah - March 21, 2018
The Communications of the ACM recently ran an article titled, “How can we trust a robot?” Thinking about the article led me to realize that the category "robot" is itself a piece of nonsense, drawn from science fiction, and having no basis in computer science. We exist in a world in which computer programs control many real world outcomes. Often, those programs direct the operation of physical peripherals to achieve those outcomes. A payroll program that prints checks directs the operations of a printer. Is it therefore a "robot"? Should we ask the question, “How can we trust a payroll program?” Well, of course we should, but not because it is some special entity called a "robot," but because this program will determine how much employees get paid, and if the program contains bugs, they will get paid the wrong amount. And whether we should trust it depends not on whether it conforms to "social norms," as the ACM article contends of "
4 comments
Read more

No one plays against “odds”

By gcallah - March 20, 2018
Sports writers have become so enamored of "statistics" that they have come to imagine that teams and individuals are actually engaged in contests with statistical constructs, rather than with other teams. For instance, when UMBC recently beat number one seed Virginia in the NCAA Men's Tournament, one sports site wrote that UMBC's victory “ proved even the longest of odds aren't totally insurmountable.” But David did not defat "odds": he defeated Goliath. And UMBC did not "surmount" any "odds": they beat the Virginia basketball team.  That  Virginia  team was stocked with players stronger and more athletic than those on UMBC. And no doubt it is rare for a team physically outmatched, like UMBC, to beat their opponent. But UMBC was not playing against, say, 125-to-1 (or whatever other odds Las Vegas, etc., had set for the game). They were playing against the concrete players on Virginia. And what they beat was not  125-to-1, but
3 comments
Read more

By gcallah - March 17, 2018
We beseech thee, In thy infinite goodness, Restore our prayer app to its proper working: It is through the app programmer’s fault, His own fault, His own most grevious fault, That these infernal bugs did enter the app; But through thy divine grace, And the gift of thy new Python debugger, It may come again to praise you, Without crashing, In a blessed instantiation: As it was in the loop initialization, Is in the loop invariant, And shall be at the loop termination, Amen
Post a Comment
Read more

By gcallah - March 15, 2018
"The concept of infinite God, the the divinity of the soul, of the link between the affairs of man and God, the concepts of moral good and evil, are concepts involved in the distant history of man's life that is hidden from our eyes, and those concepts without which life and I myself would not be, and rejecting all this labor of mankind, I wanted to do everything by myself, alone, anew, and in my own way." -- Leo Tolstoy, Confession
4 comments
Read more

By gcallah - March 14, 2018
I was once in a conversation in the UK that turned, believe it or not, on the differences between American and British English. One of my English friends remarked that it was so strange that we would refer to the apparatus in tall buildings as an “elevator“, when after all, it goes both up and down. I looked at him with my head slightly cocked to one side. “And what do you call them over here?” He thought for a second, and then responded, “Oh yeah…” I think the reason for the bias toward the upside is that is what struck the first users of lifts as remarkable: getting something to plunge rapidly downward from a high floor of a building had always been fairly easy. It was lifting things up that hit people as the true achievement.
1 comment
Read more 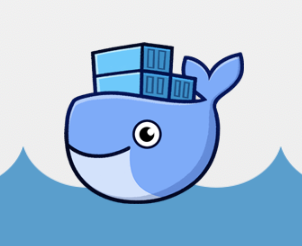 How Did Patriarchy Get Started?

By gcallah - March 08, 2018
The most recent "woke" opinion holds that all differences between men and women are merely "social constructs," and, in particular, the fact that we find more men than women in leadership roles is a result of the social construct called "patriarchy." So, once upon a time, men and women were completely equal in all respects. And then... well, that's my puzzle: just how is it that, from this position of complete equality, men managed to place themselves in charge? A "woke" person might answer, "Well, they tricked women!" But that would imply that men were better at trickery (and its detection) than were women. Which violates the fundamental woke premise that men and women are completely equal in all respects. The answer "Because men were physically stronger," again, completely invalidates that fundamental woke premise. So, "woke people," exactly how did patriarchy come to be?
14 comments
Read more

The Genius of G.K. Chesterton

By gcallah - March 08, 2018
These are perhaps the greatest three sentences ever written on modern politics: "The whole modern world has divided itself into Conservatives and Progressives. The business of Progressives is to go on making mistakes. The business of the Conservatives is to prevent the mistakes from being corrected."
Post a Comment
Read more

Agile and the Division of Labor: Your Comments Sought

By gcallah - March 03, 2018
A new paper I am working on for Cutter Business Technology Journal . Comments welcomed! Even from rob!
Post a Comment
Read more

Hey, Whose Blog Is This?

By gcallah - March 02, 2018
I just came across it, and it doesn't look very active! Well, since I was able to hack in and post, let me point you to this nice DevOps site that is under construction.
Post a Comment
Read more
More posts