Showing posts from September, 2018
Show all

Rights and The Image of God

By Nathan Conroy - September 30, 2018
When you say that mankind is made in the image of God, we are directed to look at each and every particular person to see how exactly they bear that image. It's an invitation. The policeman establishes order in the world for reasons of X, Y, and Z. My grandmother's cookies is an expression of generous-loving kindness. I see God in that. When you say that someone bears a right, say equality, we are directed to look at an abstraction that all people bear in common. A mask of "equals" appears before the person, and no longer do you see the person, but rather the abstraction of "equals," which tells you nothing on how to relate to this particular person. The policeman is the same as my grandma. Which frame of mind do you think is more rich and productive in giving good judgements about people?
Post a Comment
Read more

Agile Development and the Division of Labor

By gcallah - September 25, 2018
I was asking students in my discrete mathematics lecture, "What is an irrational number?" The answers I got were along the lines of, "It is a number whose representation after the decimal point never repeats or terminates." (Yeah, they did not put it quite that formally.) OK, but... I really think that understanding is inadequate, because it begs the question of how the heck we know that the decimal representation of, say, π, never repeats or terminates! Certainly, no one has ever calculated that representation out to infinity and found no repetition or termination. (Yes, I know, the very phrasing of what I am saying in the previous sentence is ridiculous: but that's my point!) To really understand why some number is irrational, one has to grasp why trying to represent that number as a ratio sends one onto a never-ending spiral of closer and closer fractional approximations of the irrational number. And once students get that, they can understand that an
7 comments
Read more

"I will tolerate everything except intolerance!"

By gcallah - September 25, 2018
When it is pointed out that liberalism* is not some value-neutral arbiter of the political/social scene, but is itself a value-laden position, we often hear the above response. (Apparently liberals' supposed love for "original thinking" is not as strong as they imagine.) I have pointed out before this assertion is essentially meaningless, because what it comes down to in practice is "I will call positions/actions/speech acts I don't like 'intolerant,' so that then I do not have to tolerate them!" Let us look at a simple examples: consider a Muslim who tolerates arranged marriages for children, but not cartoons mocking Mohammed. A liberal will refer to that Muslim as "intolerant" of free speech. But the Muslim can just as correctly assert that the liberal is intolerant of arranged child marriages. Of course, the Liberals will protest, "What nonsense! A cartoon mocking Mohammed is just someone exercising their right to self-expressi
Post a Comment
Read more 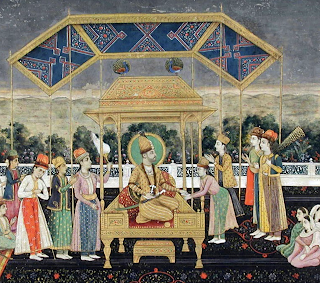 My department is moving to a new building, and all of the faculty got ask for their furniture orders. I put in a request for a chair like this:
Post a Comment
Read more

By gcallah - September 17, 2018
'The liberal order, like Assyria or Babylon of old, obliterates alternative traditions and brings to an end the "order of free and independent nations, each pursuing the political good in accordance with its own traditions and understanding."' More here .
Post a Comment
Read more

The World in the Model

The futility of utility

By gcallah - September 08, 2018
Utilitarianism is one of the many desperate attempts to replace a moral reality grounded in cosmic order (the Tao, the Dharma, Maat, the Way of Heaven, etc.) with one invented by humans. The calculations it suggests we should perform are absolutely impossible. Even if it were possible to quantify "utility," in a way that allowed interpersonal utility comparisons, the utilitarian calculus supposed is still ridiculous: an agent would need to know exactly how their action would impact every single other person in the world, for the rest of time, so long as the world exists, to correctly calculate whether their action "maximized utility" across all humans (or all living beings, if one is an animal rights sort?). Pretty obviously, no one can actually perform anything remotely approaching such a calculation: in fact, no one can even perform such a calculation even if we (artificially) limit the calculation to "How will your proposed action impact your (family / n
Post a Comment
Read more

My favorite series of programming books yet 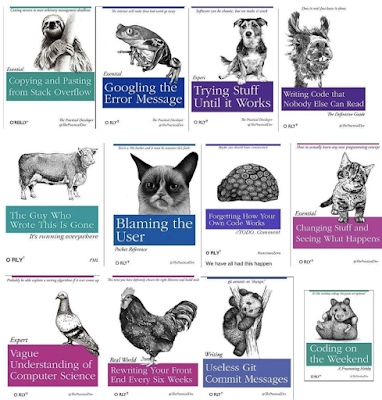