Showing posts from November, 2018
Show all

Making Up the History of Mathematics 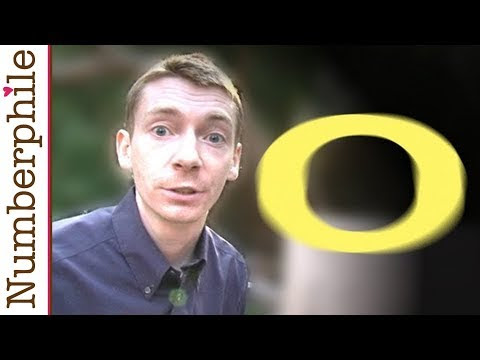 At about 1:37 in the video below, Professor Roger Bowley begins to recount the "history" of the number zero: The problem with Bowley's account is that, like with so many scientists, he apparently thinks it is A-OK just to make up history as you go along. First of all, he can't even get the little facts right: the Muslim author he wants to cite was "al-Khwarizmi," not "al-Khwazimi," and he was a Persian living in the Middle East, not North Africa. But the heart of that passage is how the Catholic Church fought against Fibonacc's introduction of Arabic numerals, since it was the time of the Crusades, they were Muslim, the "work of the devil," as a result they were banned in Florence, etc. This seemed like typical invented-from-whole-cloth anti-Catholicism, and so I immediately wrote Thony (an actual historian of mathematics), who responded: "No, I have never come across anything like that in all that I have read about
2 comments
Read more

The Passing of a Computer Scientist

By gcallah - November 26, 2018
I just received an email from a colleague telling me, "The great computer scientist X has passed." My response was, "OK, but did he pass by value, or by reference?"
1 comment
Read more

By gcallah - November 26, 2018
I saw that in the bathroom. I have no idea what it is, but this is a clarifying post: I mentioned how the "We need to remove the stigma on X, because it hurts the stigmatized person" argument is generally a failure. If X is morally fine, then it shouldn't be stigmatized, whether or not it hurts the stigmatized people. If X is immoral, then usually having a stigma attached to it is a positive. (The "generally" qualification is there because there are times when the stigma might be out of proportion to the immorality of the act: spitting your gum on the sidewalk may be bad, but we probably would consider the death penalty a it too harsh a punishment for that transgression.) I received two curious responses: One reader wrote, "I don't think it is true that everything stigmatized is immoral." That response just seems like the person hardly bothered to read the post, which never said anything like "All stigmas are justified." I really
2 comments
Read more

We've Got to Remove the Stigma of X

By gcallah - November 23, 2018
We hear this frequently in relation to many traditionally disapproved activities: single motherhood, abortion, polygamy, etc. "People  who engage in X suffer from the social stigma attached to that behavior: therefore, we must remove the stigma." The argument really doesn't work. Why? Well, if the activity isn't immoral, then it shouldn't have any social stigma attached to it, whether that stigma makes people suffer or not. But if it is immoral, then the stigma is a good thing , as it will discourage the behavior. Notice that nobody ever uses this argument in regards to, say, how the poor neo-Nazis are suffering from the stigma attached to Nazism.
7 comments
Read more

I’m going to hit it big with this idea

By gcallah - November 21, 2018
They’ve done it with cough medicine, decongestants, allergy medicine, and more. But they have missed a whole category, And I know I can hit it big with this one: Non-drowsy sleepy aids ! I think I am going to call it Awake ! TM .
Post a Comment
Read more

By gcallah - November 17, 2018
I just found this gem: "# if flds[LEVEL] is not a number, say 'a' or '!'," The person writing this evidently thought the reader might not know what it would mean for something to be "not a number," but felt that if they just put in "say 'a' or '!'" all would become clear.
Post a Comment
Read more

By gcallah - November 12, 2018
You can now buy a "package" of Lyft rides, perhaps $169 worth of rides in a month, for a 5% discount per ride. Here's my question: Since Lyft pricing changes moment-to-moment, how are you supposed to know you received a discount?
Post a Comment
Read more

Libertarian comes to his senses...

By gcallah - November 04, 2018
Noted here : "He could have saved middle-class homes with a New Deal-style mortgage bailout, dramatically reducing economic inequality, but further enriched the 1 percent instead." Right: our great "egalitarian" president had a choice (given he was going to bail out someone!): Bail out mortgage holders: the banks would survive, and struggling people would keep their homes. Bail out the banks, and let them seize the homes of the people whom they had duped into taking on ridiculous mortgages. And, my friends, which option did our great "man-of-the-people" choose? The large number of counties that swung from supporting Obama in 2008 and 2012 to supporting Trump in 2016 didn't do so because these voters, who had supported a black man for president against a white man, had suddenly turned "racist" and... backed one white candidate against another white candidate? Nope: they realized that Obama had completely sold them out to keep th
5 comments
Read more

By gcallah - November 01, 2018
We were discussing the DevOps offerings of (Very Big Tech Company) the other day, and we had a rep from the company at class, along with some of their official slides. In several of the slides, we were warned about "Loosing our source code" or "Loosing track of what packages are in a build." What is going on with that word? 1) I never saw that mis-spelling 20 years ago; and 2) It is clearly a form of "lose," and I have never seen anyone mistake "loose" for "lose." Any ideas?
1 comment
Read more
More posts