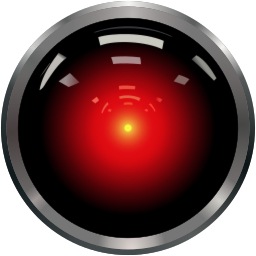 Many of my worked-up correspondents are outraged because, they claim, I deny the possibility that computers can think. But I have never denied that possibility, and have explicitly said I don't deny it in the past. In fact, as that post notes, I keep denying it, and yet my critics simply ignore my repeated denials, and accuse me of a bias in favor of "meat machines" over "silicon machines." Let me say it again: Maybe Big Blue actually realizes it is playing chess, and actually knows that it has an opponent. Maybe it actually feels triumphant when it beats a grandmaster!

Maybe. Maybe a thermostat knows when it is cold in the living room, and knows that the furnace must be kicked on.

Maybe. Maybe an electron knows it ought to orbit a nucleus in a certain orbital.

What has puzzled me throughout this discussion is why AI enthusiasts want to deny thought to simple physical mechanisms, but at some (seemingly arbitrary point) award the moniker "thinking" to more complex physical mechanisms. Why is a simple circuit like a thermostat or an NOR gate not thinking, but some built up complex of them suddenly supposed to be thinking?! This is the magical aspect of AI advocacy that I have been critiquing, and the aspect not one of my critics has even tried to address.
artificial intelligence