Contemplate the history of homicide in the US 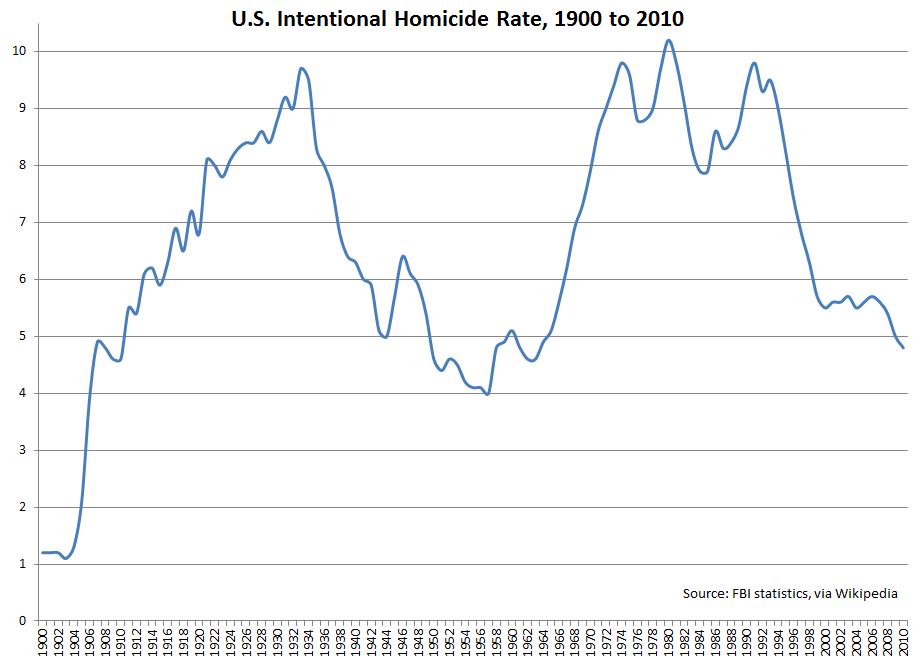 What is striking to me here is this weird double-humped shape and the huge variation in the amount of murder. Look at the spike from 1900 - 1934: the homicide rate went up about ten times! In fact, in the first decade of that period, it rose about five times. Prohibition can explain some of the rise in the 1920s, but clearly the real lift-off happened well before that: so what caused that rise?

Also of note: the "everything is getting better in every way" folks point to the recent drop in homicide as evidence supporting their thesis. But if you run your trend line back to 1900, that's not going to work, is it?