Military spending is out of control 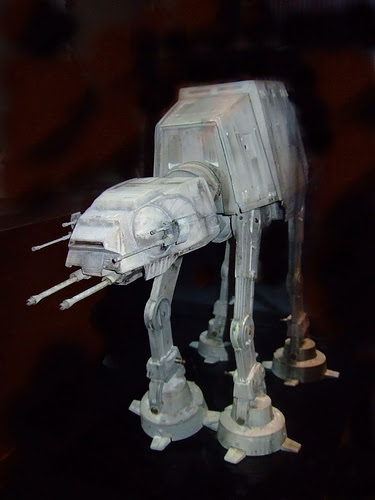 "PORTLAND, OR. Nov. 2, 2007 - The Pentagon has ordered twelve new Imperial Walkers for special duty in Iraq, and in preparation of possible military escalations with Iran.

The Imperial Walker Program had been under secret development until recently when the US government accidentally tortured a US scientist working on the program. The scientist was subjected to water boarding and confessed he had indeed leaked documents to the press. Since then, critics of the program have grown, including some in Congress."